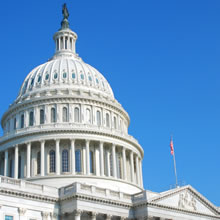 The U.S Export-Import https://exportersforexim.org/files/action_subdomain/22190/tell-your-senator-representative-to-get-ex-im-bank-fully-operatio/bank (ex-im) supports millions of u.s. jobs and helps businesses of all sizes compete in a global economy. while a super majority of congress approved a multi-year reauthorization of the ex-im bank about a year ago, the ex-im bank is not fully back at work.  As a result of congressional inaction, the governing Board of Directors for this critical agency is currently without a quorum, and cannot approve loans more than $10 million. As a result, businesses of all sizes in the United States – and their suppliers and workers – are still at a global disadvantage as foreign governments continue to use their export credit agencies (ECAs) to support their exporters with generous and aggressive export credit.

With more than 85 foreign export credit agencies supporting U.S. competitors, American companies are facing lost sales and jobs. For example, Pennsylvania-produced Mack Trucks cannot close two multimillion dollar sales. In order to continue serving its customers and bid on existing projects, GE Power announced that it would move 500 jobs from Texas, South Carolina and Maine to France, Hungary and China, where it could continue offering customers ECA financing to purchase its products. This blockage also impacts small manufacturers, such as W.S. Darley & Co., a small Illinois fire equipment manufacturer, which has projects on hold to sell more than $70 million of Wisconsin- and Michigan-produced goods to sub-Saharan Africa and China.

All told, the Ex-Im Bank reports that more than 30 transactions valued at more than $20 billion and impacting tens of thousands of U.S. jobs cannot be completed without a board quorum.  These sales span across multiple industries – including solar, satellites, oil and gas, and transportation and the Bank estimates they would impact jobs and supply chains across the U.S. and most acutely in Alabama, Arizona, California, Connecticut, Illinois, Louisiana, New York, Ohio, Pennsylvania, Texas, Virginia, and Washington.

Earlier in the year, identical language was adopted in both the House and Senate State & Foreign Operations appropriations FY2017 bills that would temporarily modify the Bank’s quorum requirement so that it may again review transactions over $10 million dollars. It is critical that Congress move forward with that language in the final spending bills to be completed during the lame duck. Ask your Representative and Senator to support U.S. exporters and jobs in the United States by urging him to make the inclusion of this Ex-Im language a priority in the final spending package.

Ex-Im was reauthorized last year, but the Bank’s Board of Directors remains one member short of the quorum required to approve certain transactions. Unless Congress acts, the Ex-Im Bank is prohibited from acting on transactions and policy changes that require Board approval, such as loan guarantees and other financing tools valued in excess of $10 million for medium- and long-term transactions. Additionally, the long-term reauthorization approved in December by a supermajority in Congress contained risk-management provisions that require action or approval from Ex-Im Bank’s Board of Directors in order to be implemented – including the appointment of a Chief Ethics Officer and the establishment of a Risk Management Committee.