Critics of the Export-Import https://exportersforexim.org/files/2014/09/bank like to deride the institution’s impact on the u.s. economy by noting that it “only” helps to finance the exports of about 2% percent of U.S. exports — and that we’ll be perfectly fine foregoing all of those sales and leaving them for foreign firms. 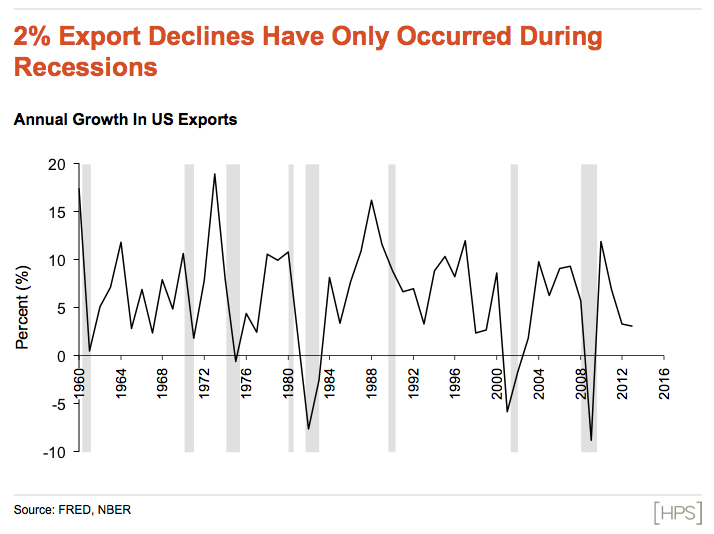 No one should minimize what “2% of U.S. exports” means – that’s tens of billions of dollars of exports in any given year, and because Ex-Im is primarily financing expensive capital-intensive goods (power plants, infrastructure and equipment, transportation, airplanes, satellites) the long-term economic activity generated for the life of those long-life products is many multiples of the original Ex-Im financing amount.  One Ex-Im transaction results in years, sometimes decades, of continued sales of parts and service by U.S. firms.  That follow-on business amounts to hundreds of billions of dollars of work for U.S. workers.

The fact that Ex-Im “only” helps to finance about 2% of U.S. exports isn’t a flaw – it’s a feature.  Yes, 98% percent of U.S. exports are financed by the private sector.  Ex-Im is used on the margins – only for sales in emerging markets where financing is particularly scarce, for small firms that don’t find that financing in the U.S., for sales where the customer requires official (not private) export credit assistance, or where the foreign competitor has its own home country export credit assistance.

Those are limited uses, but they’re important enough to keep hundreds of thousands of Americans working in towns large and small across the country.