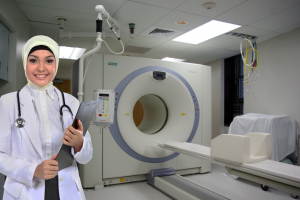 Up until three years ago, the customer base of RAD-Planning, a division of JUNK Architects, was largely limited to hospitals and other medical facilities with radiology, nuclear medicine, and radiation therapy departments in the United States. Then, in 2011, the small architectural firm with 10 employees burst onto the global scene by landing a contract with Saudi Arabia’s Ministry of Health – an opportunity it never could have seized without the help of the U.S. Export-Import (Ex-Im) Bank.

Fortuitously, just as the U.S. healthcare market was cooling off because of uncertainty over the Affordable Care Act, Saudi Arabia’s government approached Junk in 2011 to design radiology facilities in that country, a partnership that has spread to dozens of opportunities throughout the Middle East. Today, JUNK Architects’ overseas business is projected to haul in $10 million in revenues compared to between $1 million and $1.5 million in domestic sales. “Business is booming in the Middle East,” Junk says. “The Saudi government alone is spending over $20 billion a year on health care and health care infrastructure.”

Junk, who had never heard of Ex-Im before 2011, would not be able to accommodate his firm’s surge in new customers without maintaining a line of credit backed by Ex-Im.  “We fall between the cracks,” he explains. “We’re not big enough for banks that require $10 million per individual contract for credit insurance, and we’re too big for local banks that don’t want to take on international receivables or international risk.”

Junk bristles at the suggestion that private banks would fill the void if Congress were to close Ex-Im by failing to reauthorize it. “Every time I’ve applied for a loan or insurance at a private bank, I either can’t get a quote or I get a quote with a price that just isn’t feasible. Private banks just don’t want to work with small businesses like ours.”